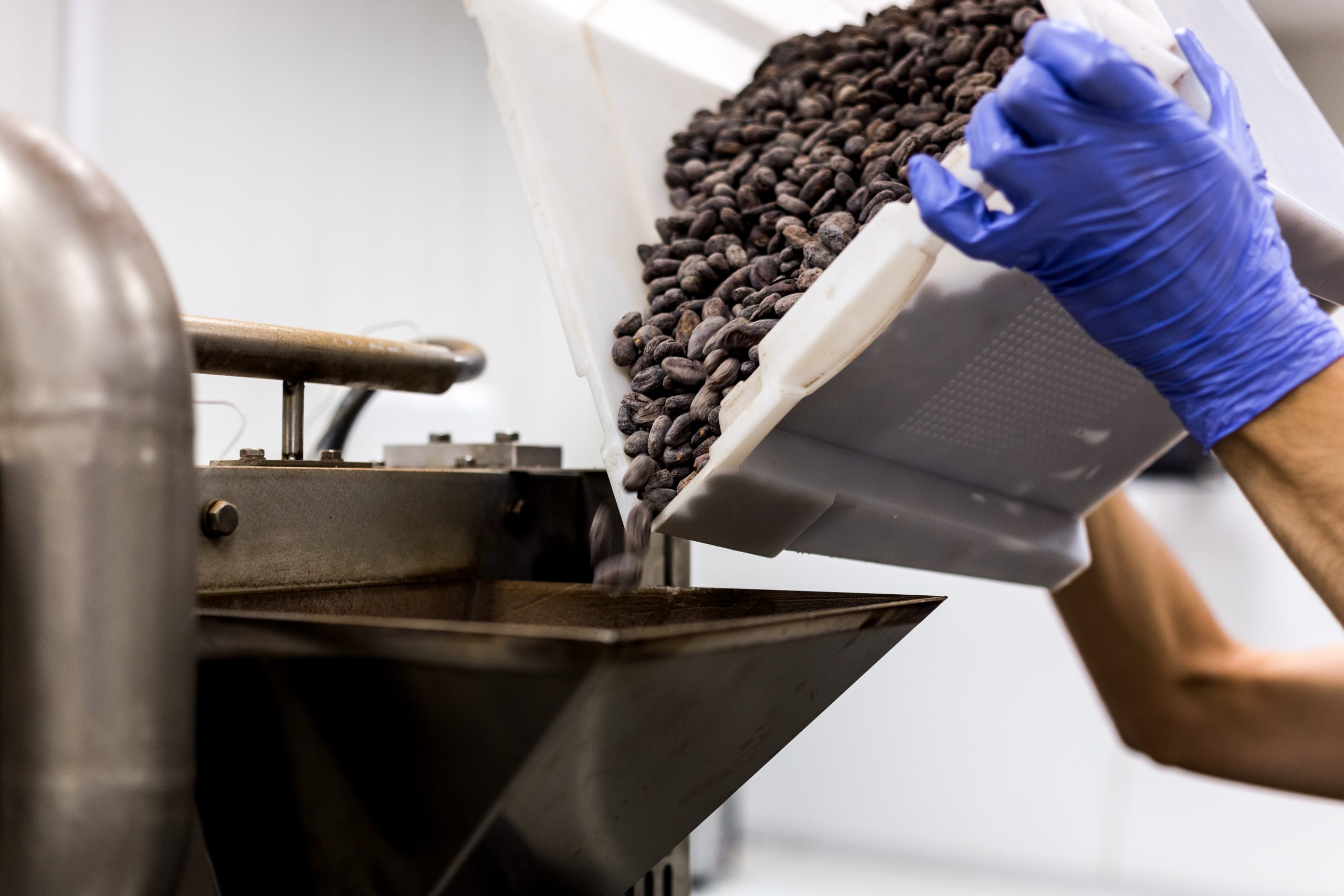 Roasting develops the flavour in the beans from the precursors formed during fermentation and drying. During fermentation, aroma precursors, such as free amino acids, short-chain peptides, and reducing sugars, are formed, from which the typical cocoa aroma is suggested to be generated during the subsequent roasting process.

Cocoa undergoes a dramatic chemical change during the roasting process, giving rise to over 700 compounds with almost one-third representing important aromatic compounds. For example, the Amadori compounds, which are extremely reactive, produce a large number of flavours.

During the roasting the seeds change color somewhat and become more or less modified in taste. In underroasted seeds the flavor is not fully developed, while in overroasted seeds the pleasant taste is likely to become greatly impaired, or it may even be wholly replaced by a bitter and harsh flavor. These relations of color and taste to the roasting of the seeds make this portion of the manufacture one of the most delicate processes from beginning to end.

Cocoa bean roasting progresses in stages with first stage being completely endothermic (heat absorbing) where the vast majority of energy (heat) goes towards the evaporation of water. The second phase of roasting is accompanied by a exothermic phase. In the phase a large portion of the free water has been driven and the decomposition of sugars, proteins and lipids begin to take shape.

Things are both lost and created while roasting cocoa. The bean transforms as it is heated in many ways, but two of these changes are the most responsible: Maillard reaction and Caramelization.